How Is Warts Removed?

I am sure that at least 95% of you know about warts as they are a common occurrence.  This is a small knob or bump that grows on the skin. Warts do not hurt at all in most cases, yet, there are some cases that warts may itch and be sore. However, most of the time this is when the warts are on your feet.

There are five different kinds of warts.
Here is a look at these types.

•    Common warts – are mostly found on the hands.
•    Flat warts – they are found on the forehead or the face.
•    Plantar warts – these warts appear on the bottom of your feet.
•    Genital warts – this wart is also known as Condyloma and are found on the genitals. The private area between your thighs.
•    Periungual and Subungual wats – these are most common around the toenails and fingernails.

Warts are generally caused by an infection due to a variety of viruses. These viruses are part of the family of the human papillomavirus (HPV). Warts are able to grow on any body part and are not limited to specific areas even though they are generally found only in certain areas.

They don’t just grow on your skin they can also grow inside your mouth, on your genitals and rectal area. There are more than 100 different types of HPV virus infections.

The more common types of HPV cause warts to grow on the fingernails, toenails and on the hands. Other types of HPV can cause warts to grow on other parts of the rectal area or genitals.
Some people get wart easier than other and some don’t get them at all. This is due to their body’s resistance as some people are more resistant to any of the HPV viruses.

Oh yes, warts are surely contagious. Warts can transfer from one person to another person by touching warts on the skin. Additionally, it can be given to another person though using the same towel, clothing or objects that a person with warts used.

If a person has warts on their genitals, they can be given it to another person through any kind of contacts such as intercourse and even oral sex. If your partner has warts on his or her genitals it is very important that you guys have safe sex. In a woman’s case, she might not always know she has wart because warts can grow on the cervix, that is the inside of the vagina. So, it’s better to be safe than sorry.

Do warts go away?

Yes, warts do eventually go away on their own but are can take months or even years to disappear without treatment. Nonetheless, there are certain warts that just don’t want to go away on their own. The doctor still can’t say why only some types go away and other do not.
Warts need to be treated.

Warts can get in the way of your everyday life, they can bleed or when bump it can cause them to be painful. Sometimes warts can also be embarrassing, for example, if you grow warts on your face. I’m sure you don’t want to walk around and have them on your face where people can see.
With proper treatment, it can also help decrease the risk of spreading to another part of your body or those you love.

How are warts removed?

Common warts like those on the fingernails and others such as on the genitals are removed in different ways. You must please not try any home remedies or drugs to try and remove warts on your own. Certain things might hurt more and do damage to your skin, especially on your genitals. Before treating any warts ask your doctor first and see what he/she thinks.

Here are some things that may help get rid of warts on your hands and feet:

Remember first find out from your doctor before using anything. He or she will tell you what will work the best for you.

Warts on the genital area must only be removed by your doctor. These warts can be removed but there is no cure. This means that warts will eventually come back.

Do common warts come back?

In most cases when warts are removed, they don’t come back at all, but there is a chance that they may come back. Usually, if they come back it is due to the virus that is causing them and it has no cure. If you are living in an environment or area that is mostly wet, then you will have difficulty in getting rid of them.

If your wart does come back after treatment, please talk to your doctor to see about using another treatment to get rid of them.
Posted by Unknown at 05:48 No comments:

Understand past and New Surgical Procedures for Pterygium

A pterygium condition of your eye is when a lump of tissue develops into a triangular shape and it generally grows from your eye’s conjunctiva onto your eye’s cornea. It may occur in one or both of your eyes and it will normally form in the area next to the nose. 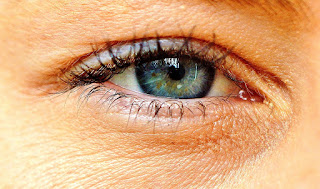 In the past, there was a debate about which approach would be the best option for pterygium surgeries, and whether doctors had to use fibrin glue or sutures to do conjunctival grafts. Both of these procedures had their advantages and disadvantages in terms of factors such as recurrence, cosmetics, surgical time and postoperative complications.

However, there is now a new procedure where doctors use the blood of a patient to fix this condition. Though it’s not yet been tested by a controlled randomized trial, most of the earlier results suggest that it can reshape this debate altogether.

The difference between sutures and glue

Auto-grafts of the conjunctival by using the suturing procedure is generally rated the gold standard. Additionally, these grafts are very stable and also its recurrence rate of about fifteen percent is a plus point. Though, its cosmetic results were only acceptable and not really good.

On the negative side, this surgery in itself may take thirty to forty minutes, as well as having problems that are suture-related. These can include granuloma formation, chronic inflammations, and postoperative discomfort.

Doctors have used fibrin glue in different surgical procedures such as corneal perforation closures and corneal lamellar grafting. Lately, they also use it for suture-free conjunctival auto-grafts which offer a significant improvement.

The fibrin glue is simpler and faster and works nearly every time. The time for surgery is cut closely to half the time of a sutured procedure, and most patients have reported less discomfort and postoperative pain.

Except for the fact that fibrin glue cost more as what sutures do, it’s also difficult to obtain in certain countries. Because the glue is a product that is blood-derived, it might carry a risk for potential transmission of prion and viral diseases. These risks are basically theoretical, although, it can be a big issue and more importantly there might be a risk of dehiscence.

The new procedure with no glue or sutures

The newest procedure is a graft auto-blood fixation, which is a technique that is also called glue and suture-free autologous graft. Problems, discomforts, and costs related to the other two procedures can be avoided with this new procedure. Except for the fact that an autologous blood procedure is natural, it has no associated risks or extra cost, and it will overcome any postoperative irritations that patients might experience to a huge degree.

In this procedure, after the surgeon removes the pterygium, as well as associated conjunctivas, he/she will allow a very slim layer of blood clotting to form on the area that is bare. Any extra bleeding can be stopped by using a surgical tampon directly. After this, a slim conjunctival Tenon-free auto-graft, either with inclusion or without some limbal stem cells will form.

Once the graft is properly aligned, it’s placed in the area that is bare over the layer of blood. With forceps, the doctor will hold the edges in place, normally for about 3 – 5 minutes in order to have enough time for the graft fixation to take place.

Certain factors to be considered

Like any procedure that is new, auto-blood fixation grafting involves some learning curves. Although, this procedure probably is less challenging as what glue or sutures are.

Any patients that use certain blood thinners or aspirin regularly, or when they suffer from a condition of coagulation deficiency factors, won’t be candidates for undergoing auto-blood fixation grafting.

The risk of developing dehiscence

One of the disadvantages might be a graft loss risk immediately in the period of postoperative. However, once a graft stays in its place for a time period between twenty-four to forty-eight hours, it will stick around. In a case study that involves sixty-three patients over the period of one year, not one lost its graft.

A risk of any recurrence

The risk factor for recurrence is very low if the procedure is performed properly. Among fifty test subjects that received a procedure of auto-blood grafting, not one experienced any recurrence over a timeline of 4 years.
Posted by Unknown at 04:17 No comments: